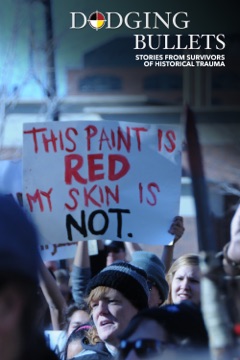 Native Americans have dodged bullets since first contact with Europeans. This award-winning film brings a cross-generational sampling of Indigenous people, researchers, and politicians to reveal stunning reasons for disproportionately high incidences of health and social issues. This collection of remarkable stories, names Historical Trauma as the unique and insidious part of the genetic code. 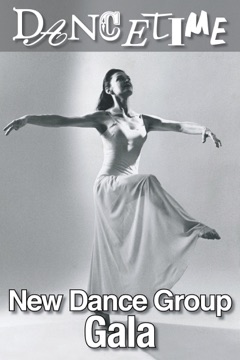 In this remarkable video, "The New Dance Group Gala Concert: Retrospective 1930s-1970s" viewers will enjoy viewing dances of some of the most influential Modern Dance pioneers including: Mary Anthony, Ronne Aul, Talley Beatty, Valerie Bettis, Irving Burton, Jane Dudley, Jean Erdman, Eve Gentry, Joseph Gifford, Hadassah, Sophie Maslow, Donald McKayle, Daniel Nagrin, Pearl Primus, Anna Sokolow, Joyce Trisler, Charles Weidman. The American Dance Guild created a one-time concert, which is a unique historic retrospective of the Modern Dance choreographers of THE NEW DANCE GROUP from the 1930's to the 1970's. This concert of 18 recreated dances and excerpts celebrates and honors the achievements of the New Dance Group in its heyday. At the time, the choreographers of the dances featured in this video were a dramatic voice for social change. These choreographers came from the 1930's tradition of idealistic artistic innovators who aimed to make dance a viable statement about the injustices of the world. The GALA Concert presents the original choreographers, or their artistic heirs, together with excellent professional dancers in a program of influential and compelling works. The GALA Concert was produced by the American Dance Guild in June 1993, and includes mini-interviews with the choreographers. The video includes such legendary dances as: "the solo Masterpiece of the decade", THE DESPERATE HEART (1943) by Valerie Bettis, and the darkly dramatic LYNCHTOWN (1936) by Charles Weidman. There are important dances that highlight the American black experience, such as Pearl Primus's THE NEGRO SPEAKS OF RIVERS (1944), and Donald McKayle's portrayal of the experience of chain gangs in RAINBOW ROUND MY SHOULDER (1959). Also featured are Modern Dances true mavericks, including Anna Sokolow's LYRIC SUITE (1954), Daniel Nagrin's STRANGE HERO (1948) and Sophie Maslow's FOLKSAY (1942).